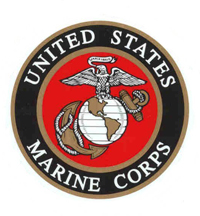 The Marine Corps Support Group was founded in the 1960’s to provide a service to active duty Marines in the Puget Sound area, their families, and Marine Veterans. The Support Group is a social and fraternal organization and has been designated an educational and charitable foundation under Section 501(c)(3) of the IRS code.

The Marine Support Group keeps the spirit of our Corps’ motto, Semper Fidelis, alive through a series of events and activities, keeping faith with our Marine brothers and sisters in the Puget Sound area. The Support Group actively supports Marines through the Marine 4 Life Program, The Injured Marine Semper Fi Run, and through local JROTC programs at Kentwood High School in Covington, Snohomish Senior High, and Wilson High School in Tacoma. The Support Group also maintains an emergency fund for Marines in need.

The Marine Support Group also strives to keep Marine Corps history and accomplishments before the public through appearances on radio talk shows and other public fora.

Brunches are normally conducted on the 3rd Saturday of every other month in January, March, May, July and September, culminating in the Marine Corps Birthday Celebration in November. With the exception of November, each brunch features a guest speaker.